Living the Dhamma is harmony 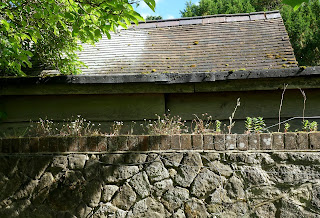 Have you learnt anything on account of the Covid pandemic? Maybe that hitherto unquestioned socio-economic norms (regular job, enjoying an evening out, travelling) are constructions, are more fragile than they claim to be, and aren’t something you can rely upon. But it might also be the case that your free time has increased and you've exercised more, or meditated more – my dentist remarked that dental health had improved as people now had time to properly clean their teeth! And maybe you’ve experienced something resourceful and generous about human beings.

As I've commented before, life in the so-called ‘real world’ has been looking distinctly unrealistic these days. With the trend towards ‘alternative facts’ we have been experiencing a virus that some dismissed as unreal and many even a hoax even as the numbers of the dead has been rising into the millions. Money that governments previously squatted on and haggled over has been dished out in all directions (including of course a few backpockets). But with alternative facts, conspiracy theories and political spin, what the future holds is anybody's guess. The American elections (if you weren't prevented from voting) presented a scenario of disturbing polarisation and reduced middle ground – all that everyone could agree upon was that things aren't right in the society; there's hardship, inequality, profound mistrust – and real or threatened violence between fellow-citizens. And in that regard the United States is not an isolated case; it's just more vocal and gun-toting than most. It seems to me that the social model that was launched in 17th century Europe (and was exported in a distilled form to the New World) is cracking up under its own imbalance.

The launch of this model was heralded by the Lord Chancellor of England, Francis Bacon, who in 1623 wrote glowingly of the 'scientific' revolution, by means of which Nature can be ‘forced out of her natural state and squeezed and moulded’, and ‘tortured’ until she ‘takes orders from man ...’ (De Augmentis Scientiarium). It was a statement of the domination paradigm and what it could offer. In 1723, the English clergyman William Derham made the point even more bluntly: ‘We can, if need be, ransack the whole globe, penetrate into the bowels of the earth ... to acquire wealth.’

Once the domination-exploitation genie was out of the bottle and backed by weapons and credit and effective logistics, it presented great gifts to its supporters. The planet has been ransacked ever since. And once one accepts the logic of Cosmos – that the energies and actions that we follow go within and without and in all directions – then the domination of the biosphere was echoed by domination strategies in the human world (colonialism, genocide and slavery), and by exploitation drives within the individual that push people's bodies and minds to breaking point in order to succeed in the market place.  Anxiety, eating disorders and depression blossom in the cracks. Yet, in the trance that the mass induction into this model brings around, we tend to assume that this is reality and that it will bring ‘us’ (that is, ‘my group’) to a better and more comfortable life.

However, despite its promises and rewards, the resultant social model has supported government by a largely remote elite, resources handled by a mega-corporations for whom we work and on whose goods we spend the wages they give us, the disappearance of the commons in terms of common unowned land, village halls and neighbourhoods, and the continuing reduction in habitat for non-humans. In America the domination by the European settlers met with ineffective resistance from the native people (crushed and consigned to the wastelands), and that trajectory has continued as the moral right to attack or undermine any country it chooses to. In Europe, domination was contended between the Great Powers – until that led to wars that devastated all of them. On account of which there has been an, at times reluctant, recognition that maybe co-operation is essential.

But that takes some doing. Because the model is based on the needs of my group; and that will always bring competition and rivalry. And yet ... the shared climate crisis; and yet, the shared virus ... and isn't it often the case that crisis cracks the old normal and brings out the unbreakable, resilient heart-centered?human. The fact is, that ‘all sankhārā (constructed phenomena) are subject to breakdown’ (the Buddha's last words) – and our mundane reality is a heap of these sankhārā – ‘so fare on with diligent attention.’ Accordingly people are beginning to turn away from the breakdown model. There are good signs: citizen's Assemblies (see involve.org.uk); local grassroots movements; neighbours helping each other; increased interest in Dhamma and spiritual teachings; care for the environment and wildlife returning.  Modest beginnings of a reset?

It’s also good to review what Dhamma (aka the Cosmic Order) practice is about, as the extension of contemplative truth into the relational and social domains. In meditation you find the mark of truth – that all phenomena are changeable, that awareness can step back and feel whole and balanced, that goodwill and compassion arise naturally, especially as a response to the truth of the transient, fragile, and at times pain-inducing nature of what we face and touch and are met with every day. And that the citta can develop strength and warmth through that. That offers an indication, and an invitation, to extend cultivation of mind and heart into relationship – the essence of the Buddha's Vinaya teachings.

In Vedic culture, ‘Vinaya’ meant something like 'self-effacement', a reverence of the Cosmos that encouraged personal restraint and humility. As a development from that, the Buddha's Vinaya is the teaching on social harmony, within the fourfold assembly (monks, nuns, laywomen, laymen) and towards the biosphere in general. When you get that, and you recognise how essential this training is for any relationship, you get some ideas as to a reset that is line with contemplative truth.

A set of principles on relational harmony that appears several times in the Pali Canon (at A.4:32; A.4;256; A.8:24; A.9:5) comprises dāna, piyavācā, atthacariyā and samānattatā. Here's a brief explanation. Dāna: giving, sharing – resources, hospitality, health support, and Dhamma/wise advice. Piyavācā: gentle, ‘affectionate’ speech; speech that comes from the pure heart and respects the one whom one is addressing. Atthacāriyā: Meaningful action, service; an endeavour that serves the whole. 'One who doesn't serve, lives miserably' to paraphrase the Buddha – who subsequently spent his awakened life in Dhamma service. Samānattata: impartiality; to myself as to others; being a friend through the good and the bad times; seeing all one's honest and valid actions as worthy – whether they are acknowledged, praised or not.  Following these, one's heart never loses balance; one retains one's centre while extending it, rather than lose it in the worldly winds of praise and blame, gain and loss, renown and ignominy, happiness and unhappiness.

It's a motif that appears several times in the discourses , and like many Dhamma motifs one can expand and extend its meaning to fit the scenario that you’re practising in. And you can check out the results by reviewing your heart and mind in meditation.  Moreover these principles remind us of the true norm, one that the advantaged percentage of the world forgets. No, a roof over the head is not a universal norm – there are plenty of homeless people. Access to food is not a universal norm; neither is just and responsible government. Even where these still exist, we should not take them for granted; they can and do disappear. What we all always have is citta – mind, heart, awareness – and to not neglect it in the trance of social advantage and its conveniences, but to care for, clarify and extend it has to be what life on the human plane is about. It is only through this cultivation that we can enter a Cosmos that centres on harmony.
Posted by Ajahn Sucitto at 17:25 1 comment: